on 27th August 2016 by MotionBrothers

virtual reality (VR) places the experiencer in another location entirely. Whether that location has been generated by a computer or captured by video, it entirely occludes the experiencer’s natural surroundings.

The differences between VR, AR, and MR are best summed up by quote attributed to Clay Bavor:

Virtual Reality experiences can be mapped along 3 primary scales: Reality, Interaction, and Movement. (As defined by human interface design and innovation company Punchcut). 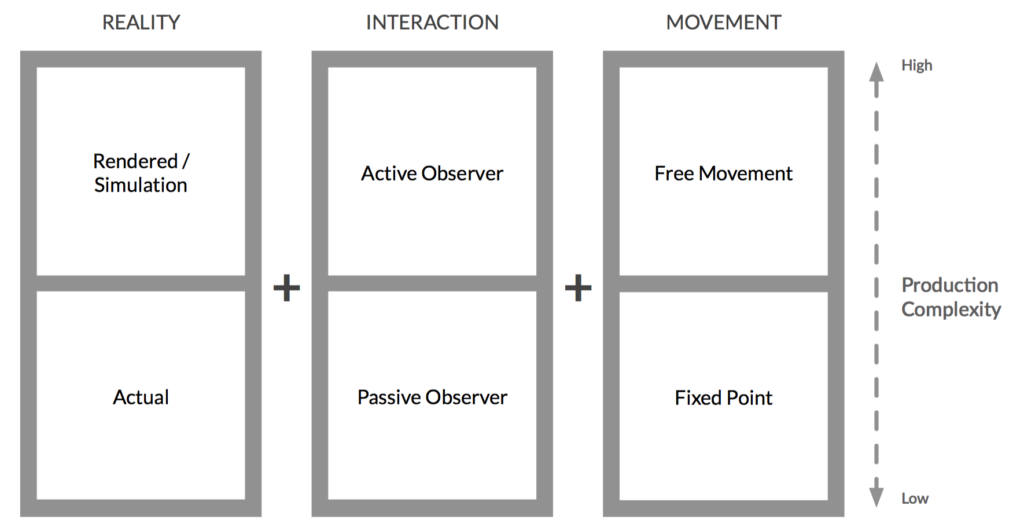 Each of these scales combines to create one of 8 possible classes of VR experience.